Marital captivity affects women from diverse faith groups such as Judaism, Catholicism, Hinduism and Islam. Both men and women can become victims of marital captivity. However, in practice we see that it usually affects women. This is caused by the differences and inequalities between men and women in patriarchal societies where gender inequality is the norm. Whereas men may be allowed to initiate a divorce, a woman may not be. Moreover, a woman whose divorce is denied by her husband can face heavier consequences, taking into account male guardianship and exclusion from her community. Marital captivity takes on different forms in different religions, as illustrated in the table below.

Although marital captivity is prominent in Islam, Judaism, Catholicism and Hinduism, this does not mean that it occurs exclusively in the aforementioned religions. It might also be a problem in other religious traditions. 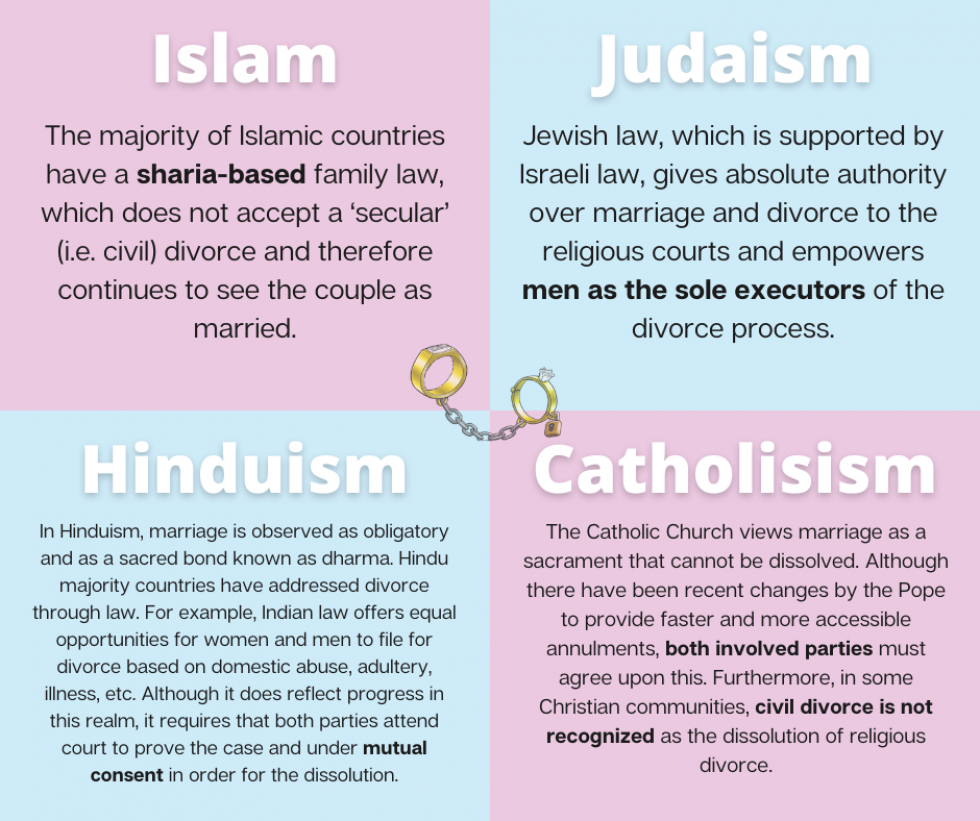