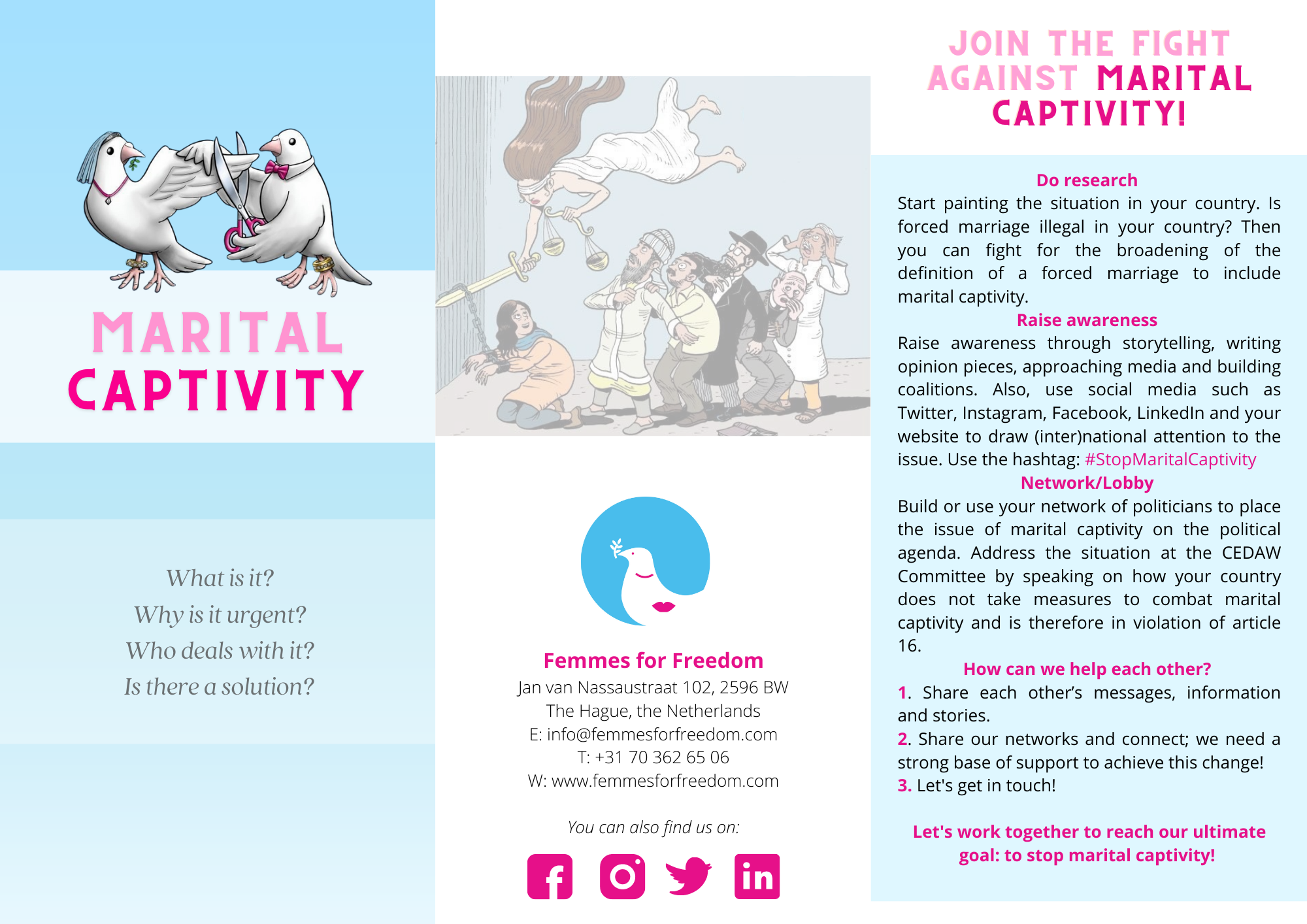 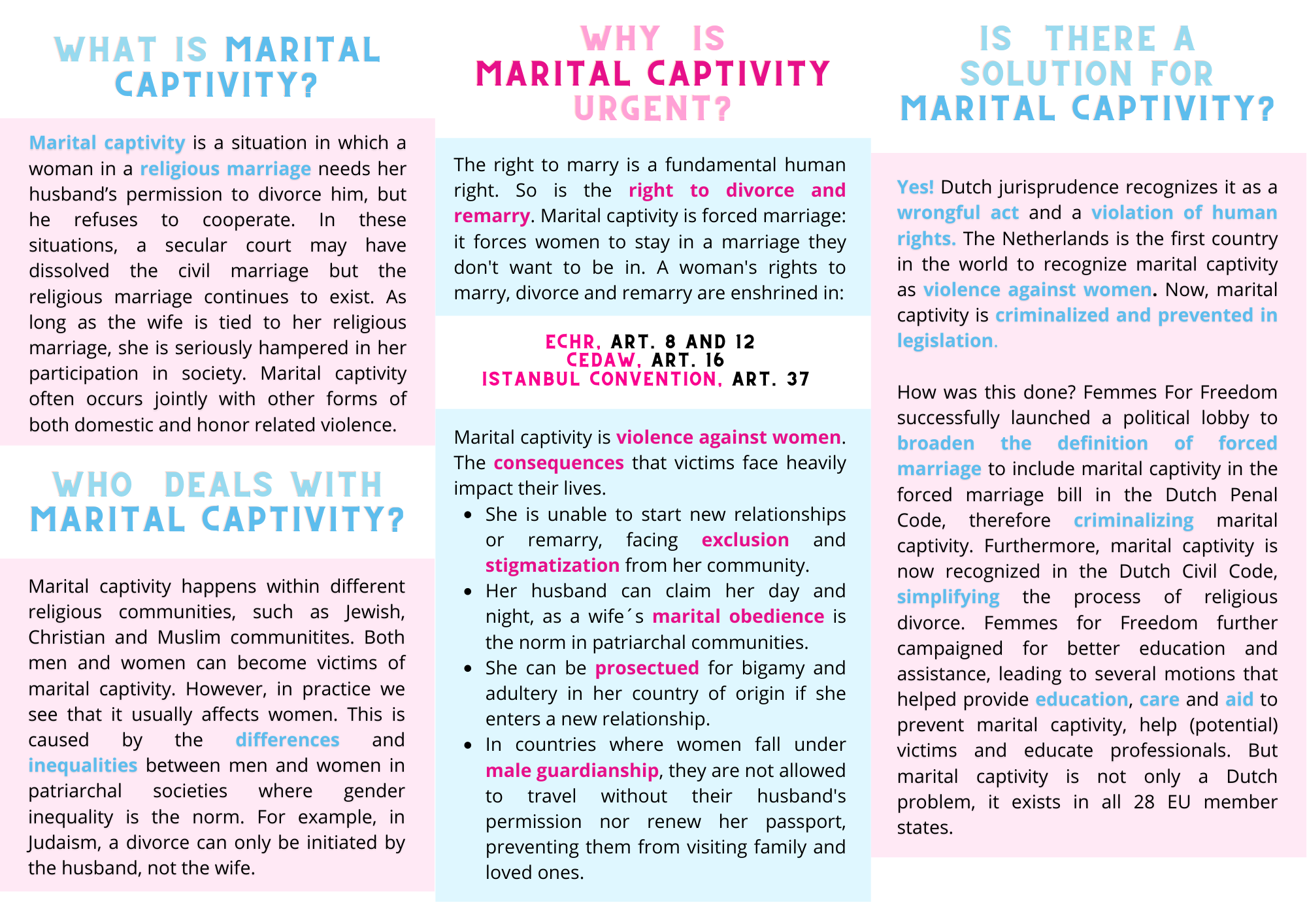 Forced marriage - someone is forced by their family to religiously or civily marry someone they don't want marry.

Marital obedience - the patriarchial expectation that women have to obey to their husbands.

Male guardianship - a system in some countries that requires women to have a male guardian, often a close family member or husband, who determines what she is and isn't allowed to do, i.e. working or travelling.